ToolsGroup’s AI-powered retail and supply chain planning was designed to take on uncertainty–from source to customer doorstep. We help you tame digital-age complexity and enable agility to sense and respond to changing demand and supply.

Real-time inventory visibility and service level optimization mean you get the right inventory in the right locations to maximize top line revenue and make the most of working capital–even in constrained environments. Decode complex data and automate intelligent decisions with AI so planners can focus on what matters.

With ToolsGroup you can keep your promises to customers and maximize revenue and profitability—no matter what.

Our values power our daily work

Our values of Innovation, Passion for Excellence, Collaboration, and Reliability are at the core of our culture, and help us deliver for our customers every day. We believe in integrity and keeping our commitments, and that when we collaborate we can do more. We’ve been innovators since our inception, and our team is encouraged to experiment and find solutions to our customers' most challenging planning issues.

We were founded to find new and creative solutions to supply chain challenges and will never stop.

We care deeply about delivering the finest outcomes in everything we do.

We listen to understand our customers’ needs, so we can deliver the best results.

Our customers and partners can count on us to follow through on our commitments and be there when they need us.

We were founded to find new and creative solutions to supply chain challenges and will never stop.

We care deeply about delivering the finest outcomes in everything we do.

We listen to understand our customers’ needs, so we can deliver the best results.

Our customers and partners can count on us to follow through on our commitments and be there when they need us. 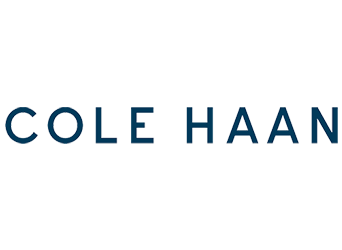 Digital planning delivers value right where your business needs it 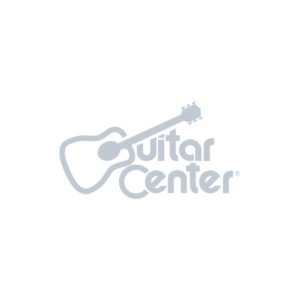 Our ecommerce business faces an increasing SKU count and highly intermittent demand, and with shifting consumer preferences there could be a potential disruption around every corner. We partnered with ToolsGroup so that no matter what tomorrow brings, we can deliver service to customers while effectively managing our inventory.
FLYNN CHERNOS , SVP INVENTORY MANAGEMENT AND MERCHANDISE SUPPORT, GUITAR CENTER

Despite its power and level of sophistication, ToolsGroup is highly automated for an extremely low cost of ownership.
IDC

Our people are the lifeblood of our company

In 1976, Eugenio Cornacchia, a young MIT master’s graduate in Operations Management joined MIT-associated Draper Lab to work on a challenging project for Fiat’s Automotive Spare Parts Division. FIAT had unmanageable inventories and one of the lowest service levels in the European automobile industry. This needed to be fixed.

Back then inventory planning and forecasting was done using simple “deterministic” calculations based on traditional inventory theory. Eugenio had a different idea. He signed up a group of talented MIT graduates who had collaborated in the NASA Apollo space project and together they invented a new spare parts system in less than a year. It was the world’s first “stochastic” software that incorporated probability-based algorithms across an entire supply chain planning system, from forecasting to inventory optimization and replenishment.

Then in 1980, Cornacchia met Joseph Shamir, and the two made history.

In 1980 Eugenio joined Innovation Technology Partners (ITP) where he met the company’s COO Joseph Shamir. At ITP the two were part of a team that implemented the very first ‘factories of the future’ that paved the way for today’s global “Factory (or Industry) 4.0” movement.

Eugenio (Chief Scientist) and Joseph (CEO) founded ToolsGroup in 1993, commercializing the first service-driven supply chain planning and automation software, which proved to be decades ahead of its time.

Today, ToolsGroup is still finding new ways to help organizations keep up with the shifting trends and unpredictable demands of the real world.

Accel-KKR is a technology-focused investment firm with over $5 billion in capital commitments. The firm focuses on software and IT-enabled businesses well-positioned for topline and bottom-line growth. At the core of Accel-KKR’s investment strategy is a commitment to developing strong partnerships with the management teams of its portfolio companies and a focus on building value through significant resources available through the Accel-KKR network. Accel-KKR focuses on middle-market companies and provides a broad range of capital solutions including buyout capital, minority-growth investments, and credit alternatives. Accel-KKR also invests across a wide range of transaction types including private company recapitalizations, divisional carve-outs and going-private transactions. Accel-KKR is headquartered in Menlo Park with additional offices in Atlanta and London.