After analyzing the long tail supply chain challenge in the last two blogs, this week we see how Dart tackled their long tail and achieved a 99.6% service level with about 20% less inventory. 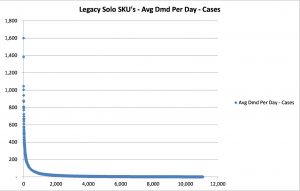 This story starts in 2012 with Dart Container acquiring Solo Cup. Solo is famous for its disposable red party cup and also sells a broad assortment of other products through retail and food service channels. Solo also had a growing omni-channel market presence, including consumer (B2C) through channels like Amazon and to businesses (B2B) through channels like Staples.

The Solo acquisition expanded Dart’s range of demand channels, contributing to a long tail problem. “Dart now has both high-volume items across few SKUs, as well as a long tail,” says Charles Blevins, vice president of supply chain at Dart. “The omni-channel market and increased variety of SKUs created additional noise in the supply chain that we weren’t used to dealing with. Smaller bits of irregular demand on a more recurring basis contributed to a long tail problem.”Solo had about 11,000 made-to-forecast SKUs. Some 30% of the SKUs have less than one case per day of demand.

Customization feeds the SKU proliferation—Solo differentiates products for customers via different material substrates, environmental preferences, and products that are high in value but low in volume. Customers also want their own branding (such as a retail chain with its own design), custom packaging for better shelf fit, and so forth.

Blevins says that it’s important to provide high service levels for these Solo items in order to grow the product profile and market penetration. But a focus on top-down forecast accuracy wasn’t as effective with low-volume items and high complexity chains.

“The long tail does not give us enough bang-for-the-buck to spend a lot of time forecasting and we couldn’t solve it with forecast accuracy,” he says. “We needed a solution for the demand volatility and supply characteristics of those items. Our goal was to throw more ‘science’ at the problem—long-tail items are not going to get that attention in a traditional S&OP [Sales and Operations Planning] environment.” Dart implemented ToolsGroup’s multi-echelon inventory optimization (MEIO) to address the long tail and deal with the integration challenges of combining the two firms.

The corporate integration task not only complicated the SKU mix; it came with a mandate to operate at a higher case-fill rate of 99.6%, higher than Solo was achieving in the past.  “This meant we had a lot less margin for error on long tail items than in the past, where we might have relied on the strong performance of faster-moving products to mask errors in the tail,” says Ed Goetting, Dart’s director of sales and operations planning. “We needed to figure out a way to get better on the long tail items.”

The company had been taking an ABC analysis categorization approach to estimating inventory importance, assigning safety stock values based on volume.  Now, it uses a statistical inventory planning approach that takes into account demand and supply variability, as well as replenishment parameters of the items, to set safety stock targets.  The impact of optimization has been especially strong in the C and D items where inventory targets were particularly insufficient.

Goetting gives an example. “Two SKUs in our network sell about 1 case per day, so we would put these on our long tail. In the old environment, these are both ‘C’ items, so they would have gotten a safety stock target of 21 days. 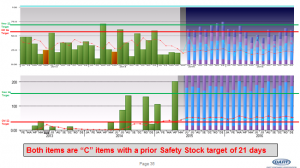 “When we ran our data for these two items through the software, it came out with a target of 28 days for one item—slightly higher than our existing target—and a target of 155 days for the second item. I know that may sound extreme—that’s quite a bit of inventory—but in this case it was completely justified.”

The new approach worked. The new safety stock combined with replenishment cycle stock was enough inventory to fill the long tail orders. “These are items that we absolutely would have experienced some cuts on if we had been operating off the old targets,” says Goetting. “This is a good example of the impact of statistical demand modeling on low-volume SKUs in the long tail.”

With the new system in place, Dart was able to optimize across all levels within the network to come up with the most efficient inventory mix to hit the overall corporate 99.6% fill rate.

So instead of just using their DCs to store excess inventory, Dart is now using them for “risk pooling”, a statistical approach where inventory held in an upstream warehouse services demand aggregated across multiple channels, so it becomes more likely that high demand from one channel will be offset by low demand from another. The resulting reduction in demand variability allows for a decrease in safety stock and average inventory.

“Overall, when we applied the new statistical safety stock targets to the legacy Solo network, we’re estimating that we can continue to achieve 99.6% service level with 20-30% less inventory than before,” Goetting says.

Dart still uses their existing production planning system from Manugistics. But using side-by-side comparisons with the new system, they were able to show the team that the old methods were not sufficient that they needed new tools to hit their 99.6% service level goals. To facilitate change management, they also “layered in” the new approach a few categories at a time. 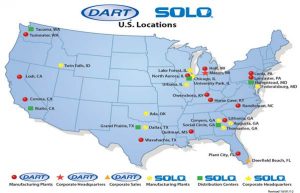 Dart is now increasing the challenge—upping its distribution points for its full range of products from 9 to 21. Until recently the Dart and Solo distribution chains were not completely consolidated. The original Dart and Solo DCs carried mostly their own products – often requiring customers to place Dart and Solo orders independently. Now Dart and Solo products are being carried at the same locations, enabling single point ordering. This almost doubles the SKU-Locations to about 20,000, so the tail is getting even longer.

“Not only were half our items projected to have less than one case of demand—they are now going to be distributed across 21 points,” Goetting says. “Our existing planning methodology was not going to hit the service level that we wanted. We needed a smarter approach to setting inventory targets.”

This is part 3 of a series of 4 blog posts on the Managing the Long Tail of the Supply Chain topic. Below are all four blog posts: 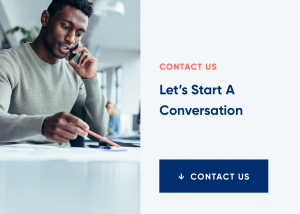 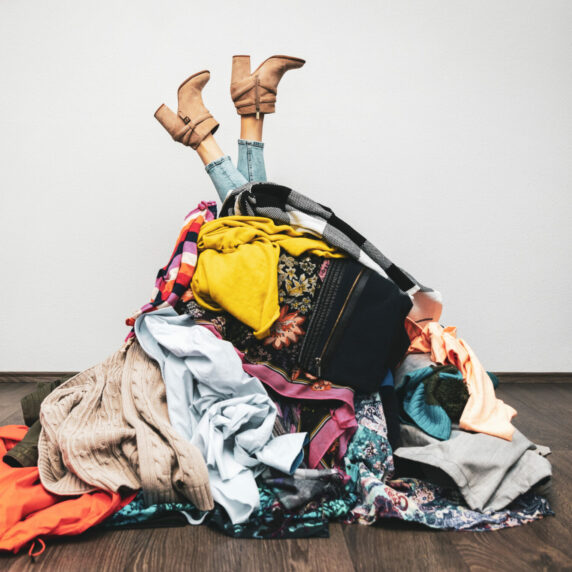 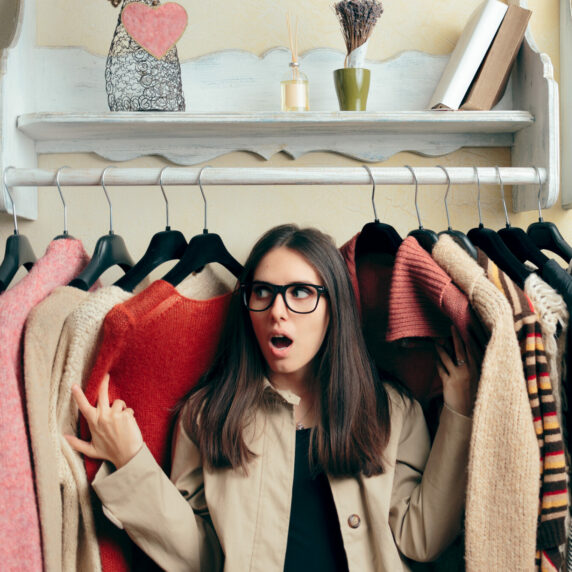 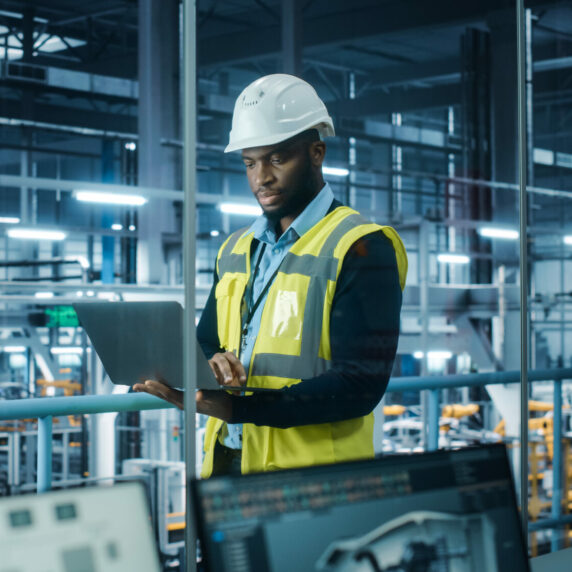 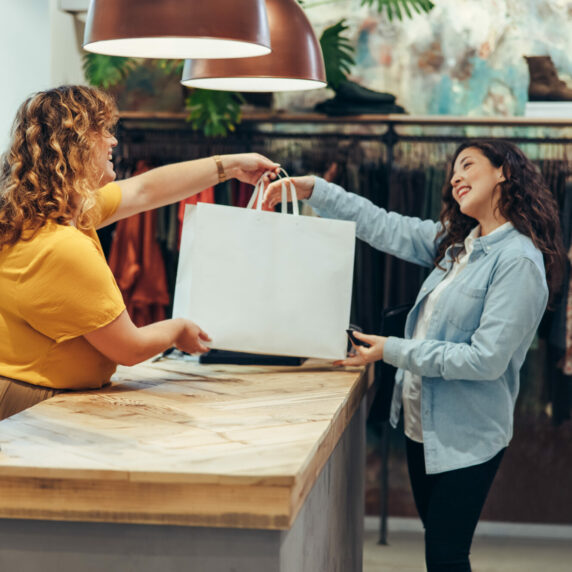 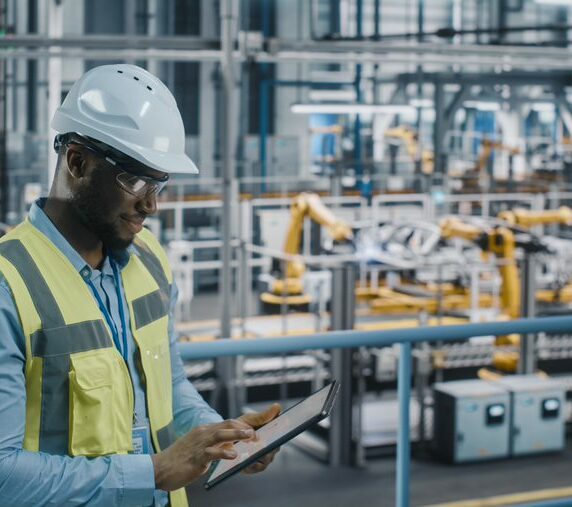 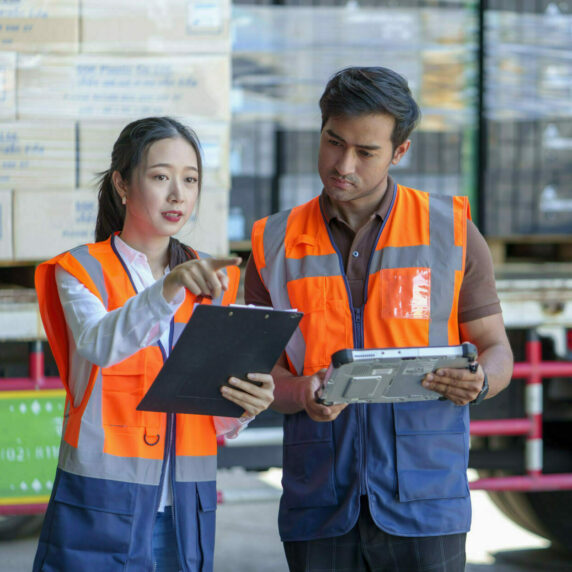